Sometimes it is hard to get students to write! Here are some books that I think will inspire African American and Black boys to write stories that are meaningful to them. Also, the books show the courage, strength, persistence, and determination of African American men and boys.

I have divided the books into three groups: Wings for Today, Wings Leading the Way, and Wings for Change.

Below the books, I have suggested some possible activities and discussion ideas to get the creative juices flowing. When the boys have had time to read, discuss, and share ideas, they can begin to craft their own fiction and nonfiction stories that are inspired by the different books. 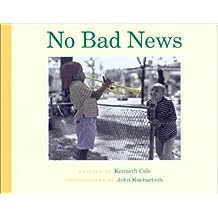 It’s time for Marcus’s to walk to Jackson’s Barbershop. As he walks through his neighborhood, he remembers all the bad news he has heard about it. By the time he gets to his destination, he is wearing a sad expression. The men in the barbershop help him to see that there is good news in his community and that he is also to be the good news.

DeShawn lives in the inner city. Though different poems he talks about where he lives and who he loves. We learn about his family, life in the ‘hood, his friendships, and watching TV.

The Can Man by Laura E. Williams Illustrated by Craig Orback  Grades: K-2

Tim would like to get a skateboard but he knows his parents cannot afford to buy him one. He sees a homeless man collecting cans for money and decides to do the same thing to raise the money he needs. A first he does not realize that this decision will impact the homeless man.

Early one Saturday, Miles and his father head to the local barbershop. This is the day of his first haircut. He is scared but he is encouraged by the men in the shop and his dad.

This story tells how an African American family in 2005 survived Hurricane Katrina. 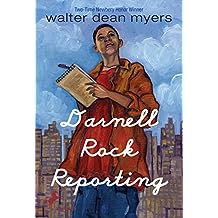 Darnell Rock has a reputation for being frequently sent to the principal’s office. He is a reluctant student but this changes when he becomes a reporter on the school newspaper. He finds a cause worth writing about and sets out to make a difference.

Vivien Thomas dreamed of studying medicine, so he saved his money to go to school. When the stock market crashed in 1929, he lost it all. As he was not able to enroll in school, he became a research technician. In that role he was able to pioneer a procedure that helped babies with heart defects. He was not credited with this accomplishment until the early 1970s. 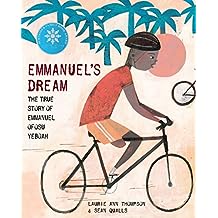 Emmanuel is born with only one strong leg. He has to overcome many odds but is determined to make a difference. He cycles across Ghana to raise awareness to the needs of people with disabilities.

This book was written before Barak Obama became President of the United States. We learn about his family, his childhood years, his education, and his mission to make a change in the world.

This is a story about Langston Hughes train ride to Mexico to visit his father. During the journey he writes his first famous poem, The Negro Speaks of Rivers.

This Kid Can Fly: It’s About Ability (NOT Disability) by Aaron Philip Grades: 5-8

This memoir is about a 14 year old who has cerebral palsy and how he overcomes many challenges. He is a very lively individual.

George Washington Carver was a successful African American male scientist. He discovered multiple uses for the peanut and introduced the idea of crop rotation to farmers. 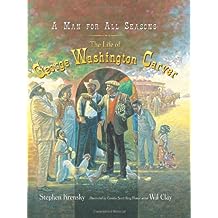 A Man for all Seasons: The Life of George Washington Carver by Stephen Krensky   Illustrated by Wil Clay  Grades: K-4

This book gives additional information about the life of George Washington Carver.

The story of the Tuskegee Airmen is told in poetry form. These are the first African American men who became pilots and fought in World War ll.

Granddaddy’s Turn: A Journey to the Ballot Box   by Michael S. Bandy and Eric Stein Illustrated by James E. Ransome

One morning Granddaddy puts on his Sunday suit and with his grandson, Michael, goes into town. As they leave the house, his grandmother reminds them to take pictures. Michael does not know where they are going. He quickly learns that Granddaddy was going to vote for the first time. They are in line for a long time because people keep cutting in front of them. They eventually get to the front but granddaddy is denied the right to vote because he cannot read the book that is placed in front of him. They leave.  Michael promises his granddaddy that one day he will vote for him.

Samuel T. is ready to vote. This story tells how he wants to vote not with an X as his signature but by signing his name. His son patiently teaches him how to read and write his own name. On voting day be proudly goes to the courthouse and writes his name despite opposition.

When Henry Brown’s wife and children are sold by their slave owner, he decides to make his bid for freedom.  He hopes by escaping he will find his family. But how will he escape? He hits on the idea of hiding in a crate and having it shipped to a “freedom loving man in Pennsylvania”. As expected the journey is challenging but he makes it to freedom.

This is the story of four young Black men who sat down at a Woolworth’s lunch counter as a protest against segregation in 1960 and the result of such an action. This was the beginning of many sit-ins that would happen for a number of years.  The story is told in poetry form and the words of Martin Luther King are woven into the text.

This book is about the life of Martin Luther King, Jr.

Read the DeShawn Days book of poems out loud.

Write poems about your family, neighborhood, friendships, and fun stuff.

Take some pictures of your neighborhood and write a story about the bad and good news that you can see.

Darnell Rock Reporting – Which character is most like you? Does any character remind you of someone? Who? Discuss.

Compare and contrast Darnell Rock Reporting and The Can Man.

How did the main characters react to homeless people? Discuss.

How would you help a homeless person? Why or why not? discuss.

Discuss the challenges faced by each individual.

How did they overcome? Discuss.

Discuss pros and cons of escaping.

How did these people make a difference? Discuss.

How will you make a difference? Discuss.

Write stories about their life, their family, and their neighborhood